On January 24, 2015, the VA3XPR DMR repeater was relocated from its original home in the Toronto neighbourhood of St. Jamestown to a new home in downtown Toronto at First Canadian Place. At a height of 355 m (1,165 ft.) AGL, First Canadian Place is Canada’s tallest building and a perfect vantage point to provide reliable DMR coverage to the entire greater Toronto area (GTA). At this location, the VA3XPR repeater joins a number of other ham radio repeaters, including three 70cm FM repeaters (VE3YYZ, VE3NIB and VE3WOO), three D-STAR repeaters (VE3YYZ on 2m, 70cm and 1.2 GHz), and a 70cm NXDN repeater (VE3YYZ) – all of which play an important role in providing reliable wide coverage area communications to the ham radio community throughout the GTA.

The installation of the VA3XPR DMR repeater was carried out by Eric Meth, VE3EI, Jon Rorke, VA3RQ and Don Trynor, VA3XFT – sponsor of the VA3XPR DMR repeater, and was completed within about 2.5 hours. In order to add VA3XPR to the existing infrastructure, additional ports on the shared transmitter combiner needed to provisioned, which had the potential, if not done correctly, to impact the other ham radio systems at the site that share the same infrastructure. All of the UHF repeater systems at the site, including VA3XPR, use a single receive antenna on top of one of the broadcast towers that is fixed to the roof of the building and a separate transmit antenna, which is mounted at roof level approximately 30 m (100 ft.) below the receive antenna. 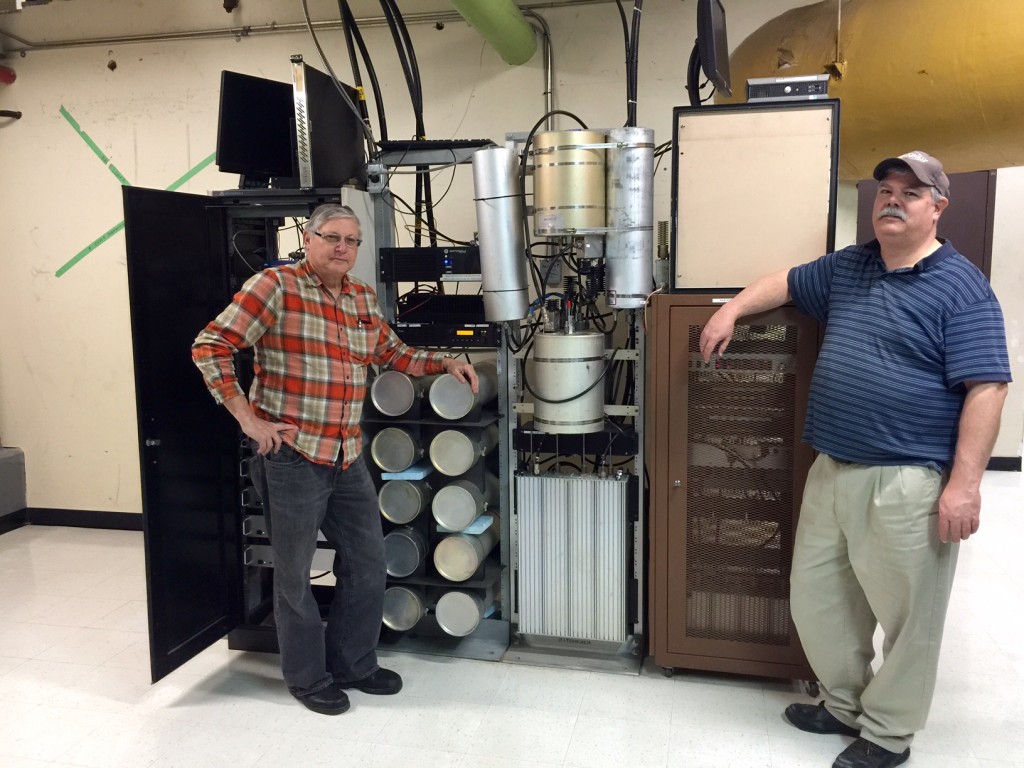 “We’re delighted to have the VA3XPR DMR system join our group of ham radio repeater systems here at First Canadian Place.”, said Eric, VE3EI – spokesperson for the Toronto Area Radio Telecommunications Society (“TARTS”), which is the organization that manages the ham radio facilities at First Canadian Place. Eric, a longtime ham and veteran of the commercial mobile radio industry, operates four repeaters at the First Canadian Place location and is a huge advocate for digital ham radio modes. ”A good ham radio mode deserves a good location and with the phenomenal growth of DMR within the ham radio community, it was time that the greater Toronto area had reliable DMR coverage.” added Jon, VA3RQ, also a fellow TARTS member and a longtime commercial mobile radio industry professional. 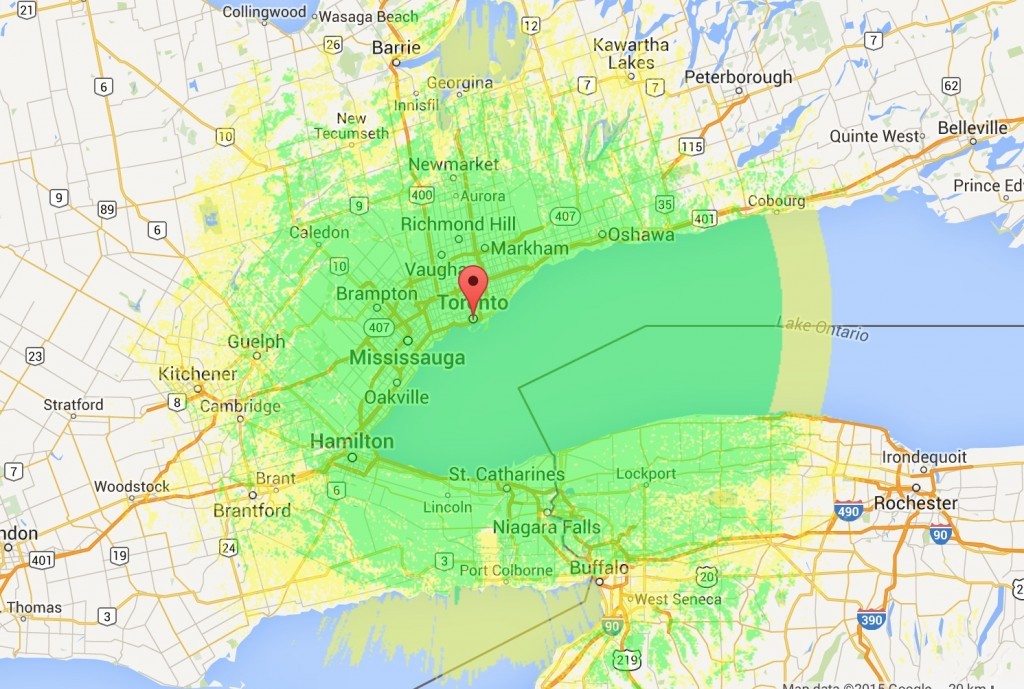 From First Canadian Place, VA3XPR will now be able to provide reliable coverage around the greater Toronto area from Clarington to the east, Cambridge to the west, Barrie to the north and Buffalo, NY to the south, as outlined in the above coverage map. To see the new coverage in more detail, there is an interactive coverage map that can outline expected coverage to a more granular level.

A special thanks goes out to Eric, VE3EI, Jon, VA3RQ and the other members of the TARTS team for making this VA3XPR initiative possible.