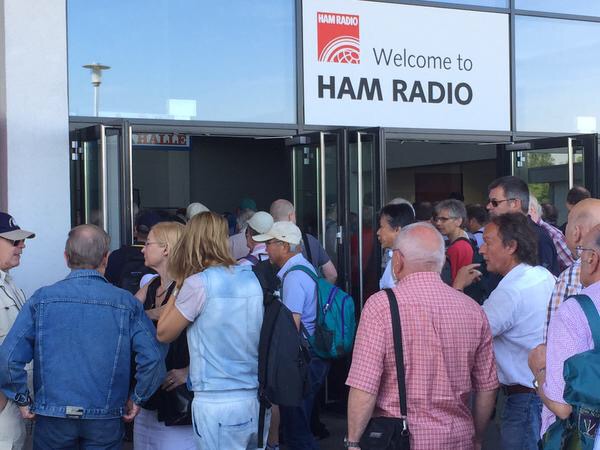 DMR-FRANCE is a project of DR@F non profit organization for hamradio in France. We are very pleased to have this interview of your work for Digital Voice for hamradio community.

As you maybe know, our organization worked for 4 years with French regulator (ARCEP), starting in 2009 with DStar, to achieve our actual new hamradio rules allowing all digital modes in France for hamradio 😉

We are very happy to have this interview, because we are fan of your work about DStar. Many hamradio operators are using your software with different platforms.

DMR-FRANCE : Dear Jonathan, could you explain your main hobby interest today and the work you share for hamradio community ?

G4KLX : It was good to learn that D-Star and other digital modes were approved for use in France. It was odd looking at a map of D-Star repeaters and seeing such a hole in it!

My interests in amateur radio have been in all sorts of different directions. I used to be active on 3cms and 6cms SSB/CW from Switzerland as HB9DRD and on other microwave bands since the 1980s. I have only been into digital voice modes since 2009 when I decided to look at D-Star because I thought there wasn’t enough amateur input into that part of the hobby. Also I thought that the quality of the existing Icom systems was rather poor and I could do better. I may say that I’m a professional software developer by trade.

My D-Star development started with the repeater software, and associated FM repeater controller, which first went live on GB3IN in August 2009. This used (and still uses) a £1 sound fob for the audio input and output. The gateway came along in late 2010 after I was contacted by the German ircDDB team. The D-Star software has been stable for a number of years now, and it’s now time to look at other modes.

DMR-FRANCE : As you did for DStar, are you working today on a project for a DMR software ?

G4KLX : In the UK the main ones are D-Star, DMR and Yaesu System Fusion. I have spent the past few months writing an interface for Guus PE1PLM’s DVMega for DMR. This has not been released yet, but in doing the interface I have learnt a lot about DMR and understand most of what is needed to create a fully functional software repeater.

DMR-FRANCE : Today DMR network is starting and the repeater price is high. Do you think it could be possible to have in the near future a software repeater for DMR using simple FM radio ? What could be the difficulty ?

G4KLX : Of the two main amateur DMR networks, the DMR-Plus network is much more open to experimentation and that is the natural home for homebrew systems when they become available. The DMR-Plus network is run by the same people who created D-Star DCS and CCS as well as the DV-RPTR V2 and V3, so I know them quite well and have worked with them a number of times. The only difficulty of a software DMR repeater is the time needed to write the software, it isn’t massively complex, but in any new development there would undoubtadly be areas that will take much time to get working

DMR-FRANCE : In the same way, the technology of P25 is back. What do you think about it ? Could it be simpler or harder to develop a repeater on it ?

G4KLX : P25 is not something that I have not spent much time thinking about as it isn’t common. As you know here in Europe emergency services use either TETRA or TETRAPOL and P25 is restricted to the US and a few other countries. I’ve spent some time looking for a P25 air interface specification and failed to find one. Without access to such a document, and a suitable radio, I don’t see how anyone can develop anything for that mode. I have heard a rumour that System Fusion shares many similarities with P25, but I don’t know how true that is. So P25 is possible, but not without more information.

DMR-FRANCE : DV3000 chip seems to be a great tool. What’s the possibilities with new technologies as DMR, P25, TETRA or Fusion ?

G4KLX : The DV3000, and ThumbDV, do allow for the homebrewing of systems that can interact with almost all of the digital voice modes as the audio codec was always the part that wasn’t possible in software. A multi-client for FDMA based modes is quite possible, however DMR with its TDMA based system is probably too complex because of the requirements for fast transmit/receive times. However for pure monitoring then it is very possible with all modes. TETRA uses a completely different codec and so would be independent of the DV3000.

DMR-FRANCE : Today two DMR network are growing : Motorola and Hytera. Do you think we could have in the near future a gateway between them ?

G4KLX : There is already software available to allow a Motorola repeater to participate on the DMR-Plus network, I am sure that this situation will get even better in time.

DMR-FRANCE : A US Company (Connect System) will launch his own multi-technology platform. What do you think about it ?

G4KLX : I met Jerry of Connect Systems at Dayton last year and we discussed the CS7000, indeed I have a CS700 with me here. I don’t know if the D-Star side will leverage my software, I hope so, but I will be one of the first in the queue for it, it’s a very exciting development and will help D-Star gain more traction with a cheaper radio. I hope that Icom respond positively.

DMR-FRANCE : What’s your vision of the future of digital voice for hamradio ? Do you think it’s possible to have a real smart gateway connecting all technologies ?

G4KLX : We already have some gatewaying between D-Star and DMR via DCS. GB7RR, a Hytera DMR repeater, is connected to D-Star reflector DCS005 V, and I think there are others now also. So we already have some cross mode activity and I see no reason why other modes cannot be brought together in the same way.

G4KLX : My next big project is a multi-mode modem which will support D-Star, DMR, and later Yaesu System Fusion, and maybe P25 too. It will be a software modem and will interface to a standard FM repeater provided that the audio is direct from the discriminator and into the FM modulator.

Thanks a lot Jonathan for your answer. We are waiting for the next « big one » in Digital Voice world for hamradio. See you just after the Hamradio Party at Friedrischshafen for the second part of this interview 😉