The TYT MD-2017 is one of the most eagerly awaited new radios of the year in the DMR community, and with good reason. It isn’t just another digital radio. It’s a dual band portable handheld DMR transceiver, the first of its kind.

Many hams using DMR who are fans of the popular single band TYT MD-380 are already planning to upgrade to the new dual band model. TYT manufactures both radios, so it’s only natural to wonder if a code plug for the MD-380 will also work in the MD-2017, and if not, if there is a way to convert an existing MD-380 codeplug into one the MD-2017 can use.

We wondered about this as well. Sales Manager Anthony Roque from Buy Two Way Radios and the Two Way Radio Show Podcast, a ham who is active on DMR, has been working very hard with TYT for a long time now to design the MD-2017 programming software with the ability to allow our customers to take their codeplug from their MD-380 and use it in the MD-2017.

FINALLY, it is done. We just received the software this morning and Anthony is currently testing it with his radios. His initial assessment? According to Anthony, “So far so good …as of right now it can be done.” Of course, he will continue testing it throughout the day for bugs, but so far, it seems to be working. If all goes well, we plan to release it this afternoon at Buy Two Way Radios and update this article with a link to the download.

TYT also released a new firmware update for the MD-2017 to accommodate the code plug conversion and fix a few bugs. The new firmware resolves the following:
Resolved an audio issue in repeater mode, when the same frequency is on both A and B sides and one is on time slot 1 and the other is on time slot 2
Under the Zone setting, the same channel can now be assigned for both A and B sides
The MD-2017 can open and use the data from the MD-380
In Digital Mode, the Monitor function can monitor the conversations in different group and single calls
TYT assured us the new firmware would be included with the radio when it arrives. We expect to receive the MD-2017 in our warehouse within the next two weeks. 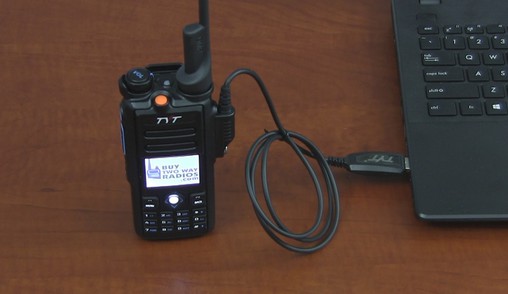