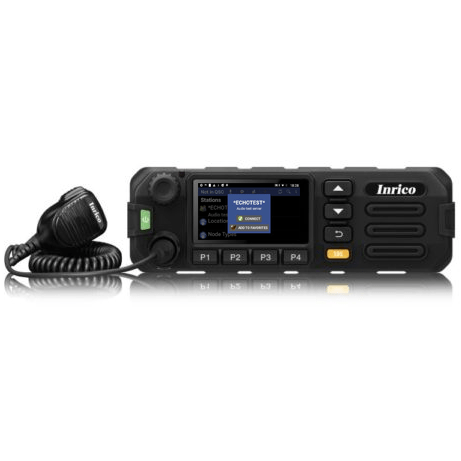 I was musing recently on the wonderful history of Amateur Radio, from the early pioneers with spark transmitters and the race to get the first signals across the Atlantic, up to the Microwave enthusiasts who developed the way forward for space communications and satellite technology (and, whisper this, mobile phone technology!)

The history of Ham Radio and RF technology is inextricably linked – there was even a time here in the UK where it was believed, anecdotally, that a Ham Radio callsign would help you to get a job with the BBC!

However change came very quickly, relatively speaking, in the early history of radio. From Marconi’s experiments to the first Public Broadcast Stations was only 25 or so years. TV was only another 15 years or so behind that, and so on…

Resistance (or not feeling at “Ohm”)

Yet the history of Ham Radio is also one of resistance to change – not from the pioneers, they were often instigators of it, but from the “everyday” Hams.

Let me see if I can give you some examples, with my tongue planted very firmly in my cheek…

The early Hams used CW pretty much exclusively. So when AM arrived as one of the first of the voice modes, there was a bit of an uproar…“It’s not real Ham Radio! Real Ham Radio involves using a Morse Key! What in world is the hobby coming to, using voice to communicate over the airwaves? It’s sacrilege!”

But life went on, AM found acceptance and all was well in Hamland once again.

Then transistor technology arrived in the late 1940s and early 1950s, provoking quite a response. “Hang on! That’s not real Ham Radio. Real Ham Radios glow in the dark – we can’t be having this miniature technology – they’ll never last as long as valves or be as reliable”

But life went on, solid state devices found acceptance and all was well in Hamland once again.

Then SSB arrived and there was more discontent… “That’s not real Ham Radio. Real Ham Radios don’t sound like Donald Duck! It’s a fad, it will soon fall away once people get fed up of hearing those silly voices”

But life went on, SSB found acceptance and all was well in Hamland once again.

Then FM and repeaters arrived and there was polarisation within the hobby (and it wasn’t horizontal or vertical either!) “That’s not real Ham Radio. Real Ham Radio doesn’t need to use that thing on top of the hill to help your signal get somewhere! Real Ham Radio is point to point!”

But life went on, FM & repeaters found acceptance and all was well in Hamland once again.

Then Packet Radio arrived and there was real trouble… “That’s not real Ham Radio. Real Ham Radio doesn’t need one of those new-fangled computer thingies in order to work. Get your key or your mic out and start working other Hams properly!”

But life went on, Packet Radio found acceptance and all was well in Hamland once again.

Then Digimodes arrived and there was yet more strife… “That’s not real Ham Radio. Real Ham Radio doesn’t involve typing messages to other Hams – and those perishing computers again! What on Earth are they doing in the hobby?”

But life went on, Digimodes found acceptance and all was well in Hamland once again.

Then Digital Voice modes arrived and there were some very serious disagreements… “That’s not real Ham Radio. Real Ham Radios don’t sound like R2D2! Real radios don’t use the Internet to help them get round the world, they ABSOLUTELY HAVE to use atmospheric propagation. What is happening to this hobby???”

But life went on, D-STAR and other Digital Voice modes found acceptance and all was well in Hamland once again.

Then we arrive at today and Network Radios come onto the scene and all hell breaks loose! “That’s not real Ham Radio. This is playing at Ham Radio – there’s no Amateur RF so it is simply not Ham Radio. What is more, I worked hard for my license, everyone else should have to too! How dare people enjoy communications in an incorrect manner!”

So will life go on and will all ever be well in Hamland again?

This is why the advent of Network Radios represents such a challenge to us as Hams – it is causing us to completely rethink what it means to be a Radio Amateur in 2018 and beyond.

What exactly defines a Radio Amateur?
What do we mean by “Amateur RF”?
Is it RF generated by someone who is an Amateur?
Or is it RF generated on a particular band allocated to us by the government?
If so, does it absolutely HAVE to be that?
Can it be nothing else?
Does any of this really matter?
What about our bands?

As Hams we are very “attached” to our bands. Whether it be 160m or 2m, we almost have a psychological sense of “ownership” of them.

We have “favourite” bands, we have bands we never frequent.

We even have “our” spot frequencies and some Hams will get somewhat “assertive” if a fellow amateur who is not in their “group” dares to use “their” frequency!

And yet in the 21st Century, I believe that the whole concept of bands & frequencies is becoming ever more fluid. Why would this be?

An example from Broadcast Radio

Not that long ago, we could tune into broadcast stations on Long Wave (LF), Medium Wave (MF), Short Wave (HF) and FM (VHF Band II). Stations frequently referred to themselves by frequency: “247 metres Radio 1” or “1152 AM” for example. It was seen part of the station’s identity – many had the frequency in their station names!

But today, we increasingly hear less of this. When you listen to broadcast stations these days, they seem to be eschewing giving out frequencies, instead they just announce that they are on “FM, DAB and Digital” or something similar to that.

Why? Because radio is something you probably increasingly consume in one of two ways – either digitally (via DAB or Satellite or similar means) or by streaming via the Internet. Frequencies and by extension, bands, are not as relevant as they once were.

The large broadcasters are also increasingly moving away from “traditional” radio.

On Short Wave – only a few countries & various religious groups seem to operate there now. The big guys are moving out of Long and Medium Wave too. If commercial broadcasters are moving away, we need to ask why.

I have a suspicion that this is, in part at least, because bands and frequencies don’t matter so much these days. Domestic radio appliances are more about push buttons and screens that get you to your station instantly, rather than tuning dials with frequencies. It’s the end product that is important, not necessarily the manner in which it gets to you.

Who tunes a modern broadcast radio in these days with a manual tuning dial? Anyone? It was the main knob on all radios not that many years ago! I can even remember tuning old VHF TV in with a dial in my early days on this planet – that really seems odd now!

Going one step further, many broadcast stations are not even using direct RF at all these days! We still refer to them as “radio stations” (or occasionally “Internet radio stations”)

Is there any reason to think Ham Radio as a hobby will not invariably move in a similar kind of direction? One of our strengths historically as Hams has been that we are good at embracing new technologies and adapting them for our own uses.

The point I am leading up to is this – I suspect “bands” and “frequencies” are not really as big an issue in the digital age as we might like them to be.

In essence, bands only exist because of propagation.

160, 40m, 20m,10m, 2m etc. are all, in reality, “line-of-sight” bands. To over-simply the subject, it is the ionospheric or tropospheric layers that enhance this line-of-sight propagation and turn it into something else.

Each band has differing propagation qualities as a result, giving each band its “character” and for some, the study of propagation in itself is a fascinating part of the hobby.

When we think of (and use) the Internet as a man-made propagating medium (which is what it is – it propagates signals around the world) then the concept of bands becomes redundant.

The Internet is like one, almost infinitely wide, worldwide “band”, constantly open S9+40 to all countries 24/7 with few vagaries – and not just for voice, but for vision and other digital modes as well.

Put like that, who wouldn’t want to use it? Would it actually matter what “band” you were (or were not) on, if there even were one?

So the concept of “bands”, by which so many of us define our activities, may be crumbling in front of us in this digital age and we may not even realise it yet! That is not to say our bands don’t still exist, by the way – clearly they do. It is just that, to many people these days, bands are a foreign concept.

As the hobby starts to come to terms with some of the implications of this, other issues then start to arise, such as…

Do we need an exam any more to get a licence?
Do we even need a licence?
What form or forms should it take, if so?
Might we see an influx of new people coming into the hobby because the entry to it is more straightforward?
How would we cope with that?
Do we even want new people coming in, especially if their views differ from ours?
What will the hobby even look like in 20 years time?
What happens to our “traditional” bands?
I expect to see a lot of discussion in the future about this – it’s actually quite exciting!

Out of the Comfort Zone…

I don’t see this as a bad thing – intelligent honest debate is to be welcomed. The most important thing is to keep our minds and our thinking wide open. We shouldn’t reject something just because it is new or because it challenges our preconceived ideas of where radio is going in general.

Equally, we shouldn’t throw the baby out with the bathwater and reject traditional Ham Radio as it has been for years. The Ionosphere and the Internet are complementary, not in competition.

Why can we not have the best of both worlds? Surely we can.

Network radios (at this stage in their development at least) are not contest radios for example, and the Internet is not yet a contest-friendly mode of propagation. (That might change of course!) so contesting is still best on the traditional Ham bands. I’ll see you on 80 metres – 59 001 OM…

However, regular reliable high-quality contacts around the world are but one thing Network Radios excel at, so why not just use that when you want to (or when the HF bands are full of noise or are otherwise dead)? I do! I don’t see the expansion of choice in the hobby as a bad thing.

Enjoyment is the key

Does the fact that I am transmitting on cellular frequencies at 800MHz, 900MHz, 1800MHz, 2100MHz or on Wi-Fi on 2.4GHz or 5GHz matter? Is there something intrinsically evil about that? Is there more virtue in using 21 MHz or 432MHz, for example? They are just “frequencies” after all.

I prefer to see myself following the motto of my local radio club, “Having fun with RF”. Whether I choose to use a Network Radio or a Yaecomwood super-duper base station is not as relevant to me. Enjoyment of the hobby is everything, otherwise why have a hobby?

Whichever way this debate goes and whichever direction this great hobby takes, my line would be to keep all the richness of every aspect of the hobby.

In other words, to go back to the title of this piece and change but one word, “It’s ALL ‘real’ Ham Radio”