“There has been much rumors about the status of the CS7000and the CS8000. It is still an active project but has taking much longer thanexpected. First you have to understand what the scope of the original projectwas and why there has been such a delay.The original project was going to take the CS750, take outthe firmware DVSI Vocoder and replace it with a hardware vocoder from DVSI. Wealso had to optimize the A/D and D/A anti-aliasing filters going to and fromthe baseband circuitry to allow better fidelity when encoding and decodingdigital signals. Those details were done over a year ago. The manufacturer of the CS750 expected to complete the DMRfirmware over a year ago which is the firmware basis of the CS7000. Thisproject is now almost done although we have another month or two to completesome of the enhancements I promised for the CS750 such as keypad programming. From a firmware development standpoint, I now had tointegrate the DMR radio the manufacturer has designed with DSTAR code other peoplehave designed. This is a relatively simple project and something that shouldnot take more than about six months. So the question you are asking is why havewe not finished it yet?The first roadblock was not being able to have the DMR partfinished. This roadblock is now almost removed as we make the last firmwareadjustment to provide a stable working DMR radios.  The second roadblock was the A/D and D/Acircuitry of the microphone and speaker. The A/D and D/Acircuitry is within a part inside the radio we call the C5000. This is thebaseband chip for the DMR processing and includes the A/D and D/A circuitry forthe microphone and speaker. Part of the CS750 keyboard programming project thatI am working on includes the ability to record and playback messages from theradio. The manufacturer told me I will get the firmware to do that sometimebetween late this week and next week. After I get that firmware the last knownroadblock will be solved and I can get back on the CS7000 project again.While I will not give a firm completion date, I canconfidentially say I will be able to get back on the CS7000 project within twomonths and hopefully be able to get prototypes working for DMR, DSTAR, andAnalog about six months after that.The other protocols that we will work on such as Fusion,NXDN, and P25 is much more complicated than D-STAR and I will not give even anestimated date of completion. As I said in earlier post, there is a possibilitythe existing hardware might not even support those other protocols but we willnot know until we try.Jerry Wanger KK6LFS”. 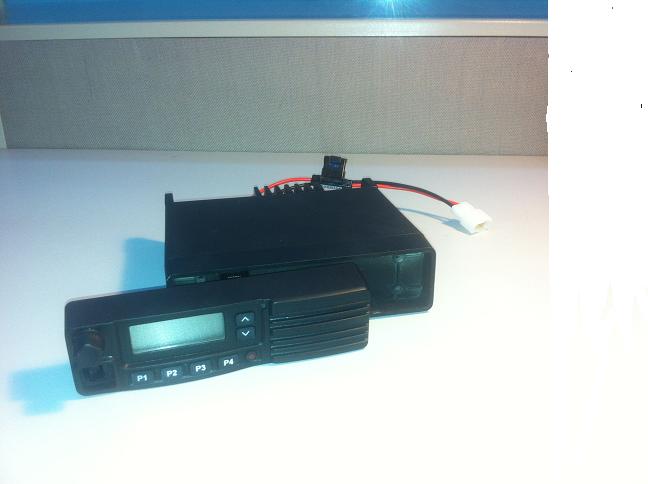 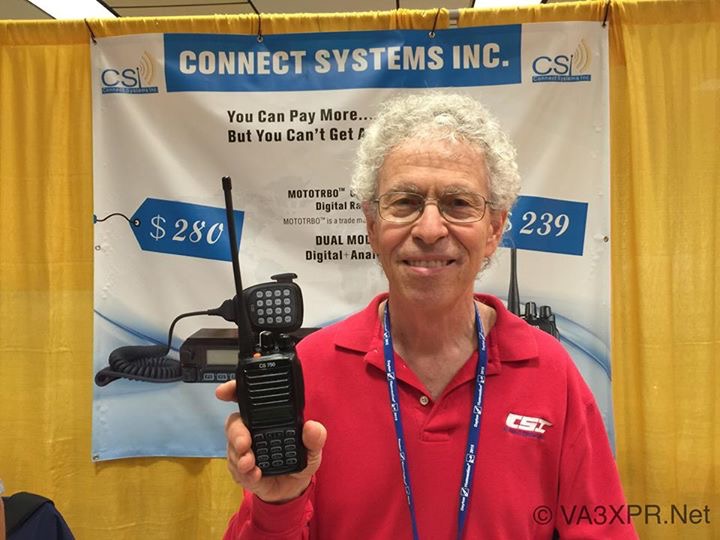 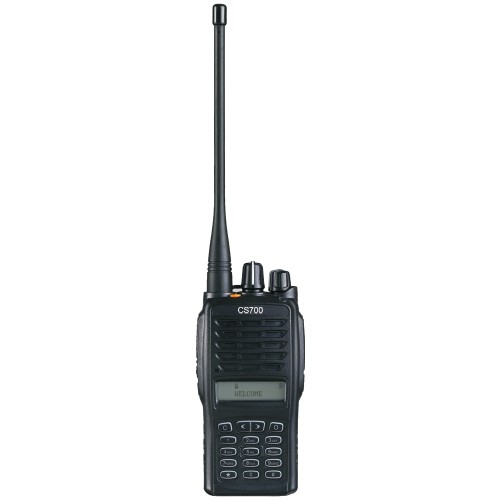 To upgrade from a CS700 to a CS700A requires the following steps:

There are three issues with having the customers do this themselves.
(1) If you make a mistake you might brick the radio and could take at least 4 hours to recover.
(2) If you short the wrong spot on the radio you might damage the radio.
(3) We have no way of protecting our intellectual property from being copied by other manufacturers.

Connect Systems decided that because we cannot have the customers do the upgrading themselves because of the above reasons, we would charge a nominal fee of only $20 including shipping within United States to upgrade an old CS700 to the new CS700A. For customers outside the United States, we will charge $15 plus shipping. For those customers it would be advantageous to ship multiple radios at the same time.

To Convert the CS700 to a CS750 requires the changing of a memory chip. This means unsoldering an existing IC and soldering in a new IC. Then you following the above 8 instructions. For that the price is $60 including shipping. For customers outside the United States, we will charge $55 plus shipping. For those customers it would be advantageous to ship multiple radios at the same time.

The Original CS700 was designed for the commercial markets and as such did not have certain features that was desired by the Amateur market. The CS750 is the first DMR compatible radio to be designed specificially for the Amateur market. In the commercial market, having one thousand contacts is probably more than you will ever need. There is nearly 10,000 contacts available just in the DMR-MARC network and all those contacts and more can be stored in the CS750. The Papa Amateur Club has nearly 1000 channels covering its repeaters up and down the California coast. Our radios will have more than 1000 channels. The Amateurs have a need to add channels while away from their computers. The CS750 will have keypad programming. Some of the other features that the Amateur Community has asked for will be in there such as Nuisance Delete and Mic Gain. More features will be added as we get feedback from the Amateur Community. The price for this radio is $239 if ordered directly from Connect Systems. The price is $229 if your order 10 or more at the same time. You will also save on shipping cost per radio. Some of the features described will not be available on the first release but will be added by a simple upload of new firmware. To order please call (818) 889 0503

COMPATABILITY WITH OTHER VENDORS RADIOS

The firmware that will load in the CS700A and CS750 will not load in any of the radios that is sold by Quantun Electronics or any other vendors. Some of the Ham Friendly features in our radios are being written by Connect Systems and will not be available in our competitors products.

Summary
The purpose of the this radio is to achieve two things:
(1) Have a radio that is ideally suited for the vision impaired population.
(2) Have a test bed to test some of the concepts for the CS7000 multi-protocol radio.

Background
Early in the development of the CS7000, I promised some Hams that the CS7000 will be ideally suited for the Hams that are visually impaired. It is now time to meet that promise and develop an inexpensive test bed to prove the concepts

I decided that it might make sense to take the CS100 radio and partially rewrite the firmware to achieve this purpose. This radio is a top of the line commercial radio that is every bit as good as the Motorola commercial radios. Once the development and testing is completed for this radio, and it has been in the field tested by visually impaired Hams, the feedback will allow the CS7000 to have a fully optimized visually impaired radio at a reasonable price.

Other Advantages
Beside being designed for the visually impaired, this radio will have other advantages and features that might interest the larger Amateur Radio Community.
(1) This radio will be ideally suited for emergency operations where the lighting is too low to easily operate a normal radio.
(2) This radio will be programmed without having a computer.
(3) This radio will have special macro features that will allow the average HAM to program the radio to do functions no other radio can do. As an example, the user can program the radio to wake him up at a predetermined time, then transmit a wake-up call to someone else along with his call sign, then put the radio into a receive mode to listen for normal radio traffic, then start the coffee maker. It can also be used to automatically generate a distress call or dial a phone number through a phone patch and leave a message.
(4) Because the radio is designed for the visually impaired, wide use of voice prompts will have to be used. This radio will allow the user to program the voice in any language.